Spoiler Alert: Don’t progress any further if you haven’t watched the latest episode. (Matt and Ben, this applies to you.)

If you did manage to catch the new series of Black Mirror, written by satirist Charlie Brooker, you’ll know what we mean when we say we were left feeling slightly sad and seriously creeped out after watching the latest episode that aired on Monday night.

‘Be Right Back’ creates a dystopia in which technology is the driving force. Engrossed in social media and the latest gadget, tragedy hits a young couple when Ash (Domhnall Gleeson) is killed in an accident. Grief stricken Martha (Hayley Atwell) is offered the chance to bring Ash back to life. Every past tweet, status, online comment and email is utilised to give Ash a interactive voice and as Martha’s attachment grows, she uploads home videos, personal emails and any other medium which contains a voice, to the software. She is able to speak  for hours on end and in desperation, takes the technology to the final level. Martha recreates a physical Ash, a robot with synthetic flesh and an adopted personality.

The technology shown in the episode is impressive. Martha, an illustrator, works on a convex touchscreen (that doesn’t need the touch,) uses a computerised pregnancy test, an ultrasound machine that operates without a sensor and finger prints her signatures. We have already seen the advancement of the flexible smartphone screen due to be released this year and social media has progressed faster and on more platforms than anybody could have imagined.

Most importantly, it acted as an emotional satire on our technological obsessive culture and offered an unsettling reality that such unnatural modern technology is surely not too far from reach. It throws into a sharp light the vast amount of personal content we share with the world and the ease with which it can be collated and used for (and against) us.

As we anticipate what the next episode has to hold, we can’t help but feel slightly apprehensive about how it’s going to leave us feeling when the final credits roll. 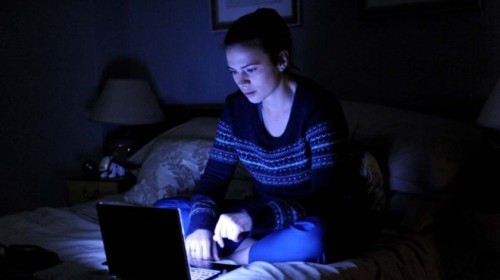